Independent Inventors of America was created to educate, inform and protect the independent inventor. The Founding Members are the heads of non-profit inventors groups nationwide. Right now, we face a serious threat. With the stated purpose of curtailing frivolous litigation, legislation is being pushed that will make it virtually impossible for an independent inventor to defend a patent against theft. This legislation will also drastically increase the risk when investing in patent-related start-ups. For more information, go to the “Papers” tab on this site. For an update on what is happening right now, see below.

Something very critical to our rights as inventors is happening right now. This regards the PTAB (Patent Trial and Appeals Board), the reason for our protest at the USPTO in August because of the alarming rate that it is invalidating issued patents.

For any readers not up to speed on this, the PTAB was created by the America Invents Act (AIA) as an easier way to invalidate patents. It is the tool of choice for infringers who want to invalidate the patents they are infringing. About 70% of the patents they try to get into a PTAB proceeding are taken up, and once at the PTAB, over 90% of them have claims invalidated that either eliminate the patents entirely or neuter them.

There are no winnings from a PTAB proceeding, so you can’t hire an attorney on contingency. Even if you happen to have a few hundred thousand dollars available to defend your patent, and even if you overcome the heavy odds against you, infringers can mount additional PTABs against you until your patents or your funds are totally wiped out.

That’s the bad news. The good news is that US Inventor has been fighting, we have moved the needle, and we are in a position to change this terrible situation.

The protest at the USPTO got news coverage and brought attention to the issue. One result was that the acting Director of the USPTO, Joseph Matal, came and spoke at my local group, the Tampa Bay Inventors Council, where he indicated potential changes coming that will help us. I ran into him again at the AIPLA meeting in Washington DC and he further verified that changes are coming.

The fact that the acting Director of the USPTO came to Tampa and told us this is a good sign, but talk is cheap. There are many inventors who have had their patents wiped out and others who are facing PTAB actions right now, like Josh Malone, who has spent millions of dollars fighting serial infringers.

The US Supreme Court is about to hear a case on this very issue – Oil States. They will consider two issues: 1) Are patents property rights, as they have been considered for 200 years (a three judge panel ruled that they are “public” rights!), and 2) If they are property rights, should an administrative court like the PTAB be able to invalidate them, or should it require a judicial court with the normal due process required to invalidate a property right.

US Inventor has filed several Amicus Briefs to inform the Court of our issues, one of which has 31 inventor groups as interested parties.  US Inventor has had key members and inventors presenting the PTAB issue to multiple offices in the House and Senate, and we have increasing support for our side.

The critical event right now is the Supreme Court review of Oil States, which starts Monday morning, November 27th. We will be there protesting respectfully (no burning of patents, just carrying signs). There will be news coverage, and we will make a difference.

Up to this point, a few overworked individuals have carried most of the load. We’ve accomplished a lot.  We stopped the very fatal Innovation Act. Some very high level allies had been skeptical of the impact of our door-to-door blitz of the US House until they overheard top attorneys from big high techs talking about how that very action was what destroyed the legislation.

Here’s the thing – the usual suspects can’t pull this off alone. I need your help. I need you to come to Washington DC and be a part of this historical effort.

The Supreme Court will start hearing Oil States on the morning of November 27. We need as many inventors as possible there protesting that morning. Your involvement will make a difference.

Come to Washington DC and and be a part of this. Bring your loved ones as well (the children of inventors who took part in the other protest had a great experience and helped the cause). We will have a block of rooms at a very nice hotel Sunday night, the26th, for just $100 each. Go here for more information and to register, go here http://www.usinventor.org/oil-states-protest/ 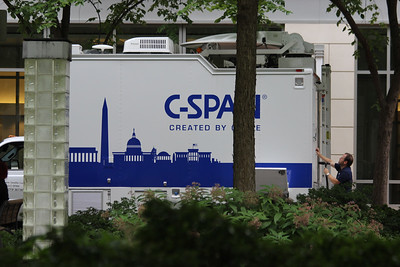 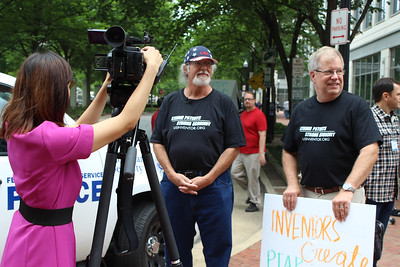 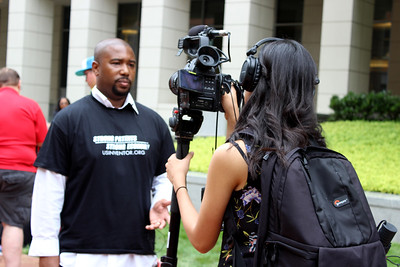 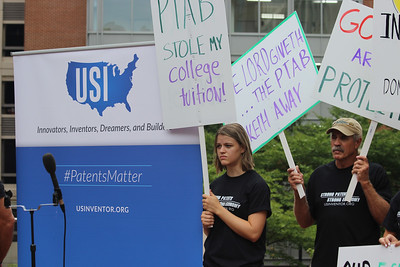 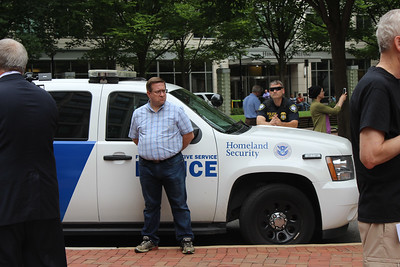 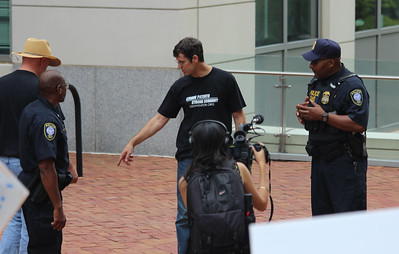 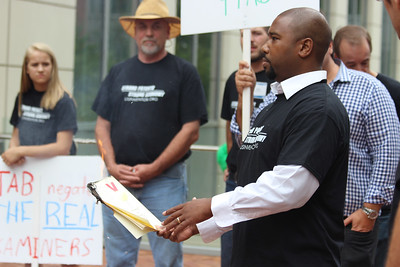 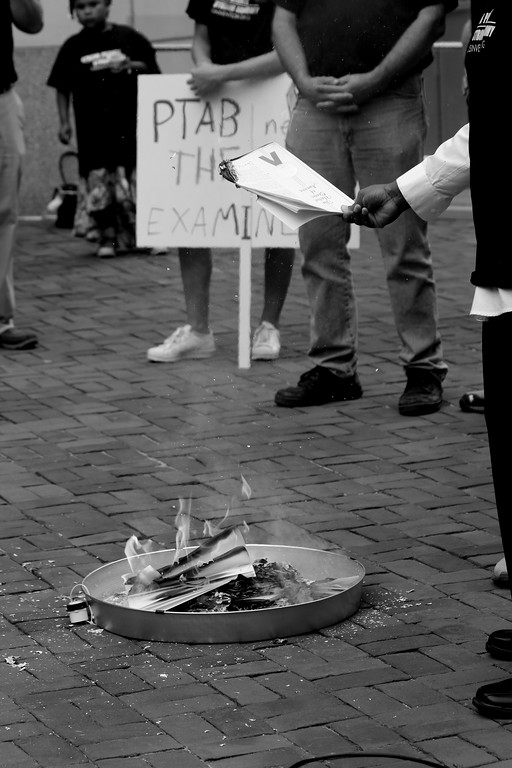 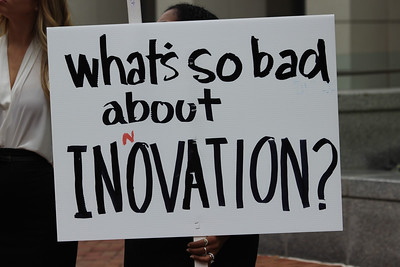 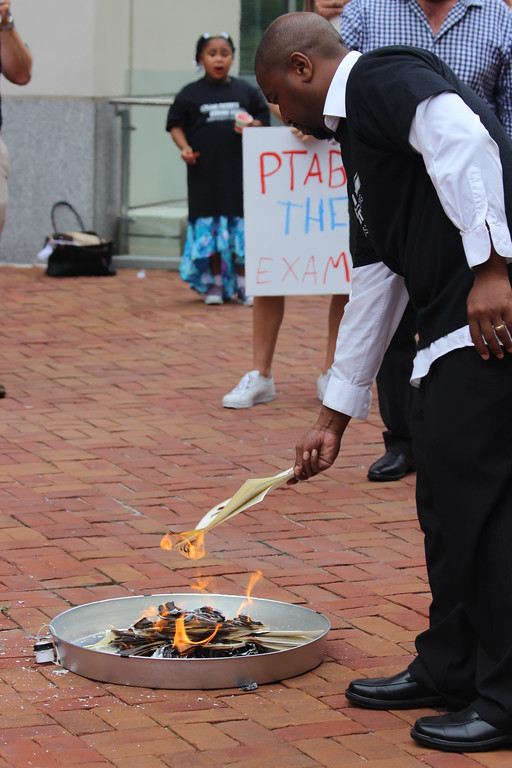 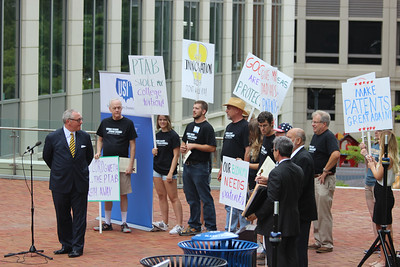 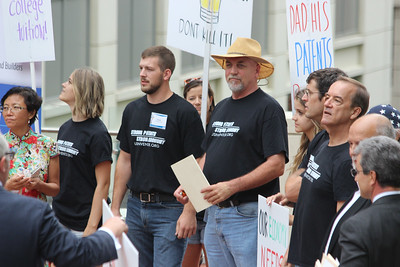 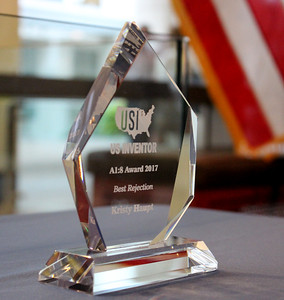 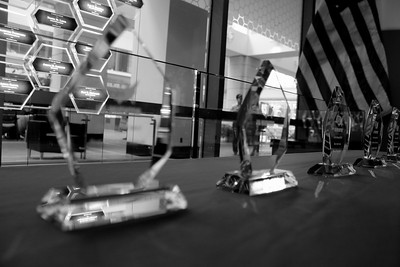 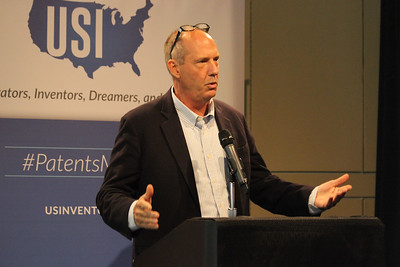 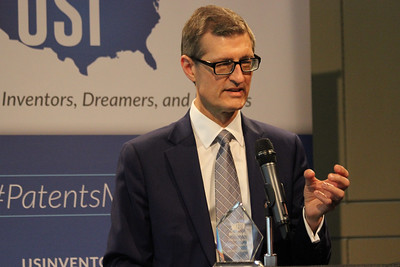 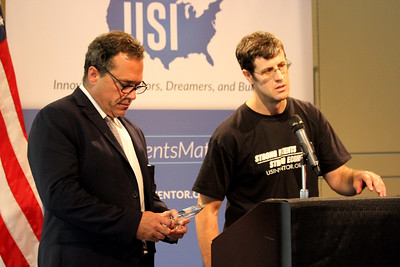 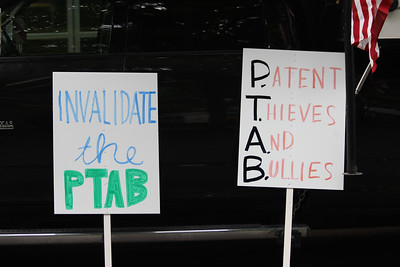 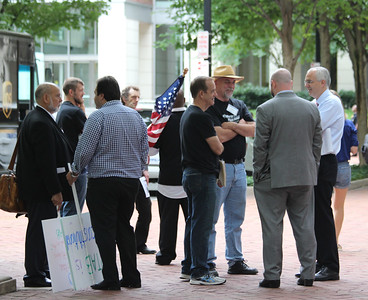 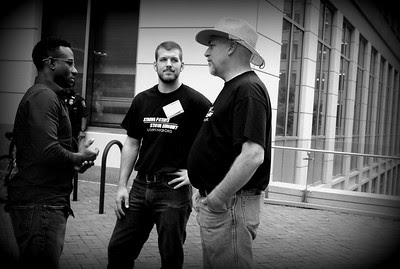 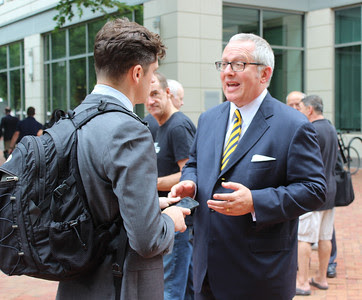 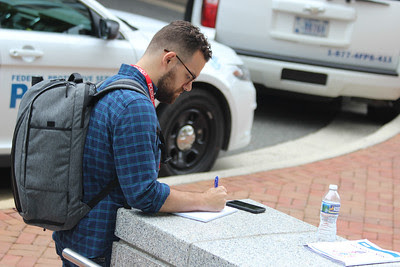 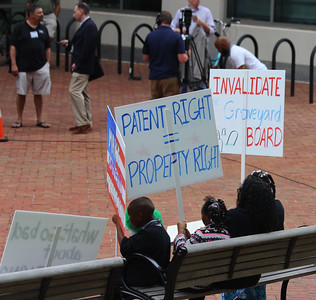 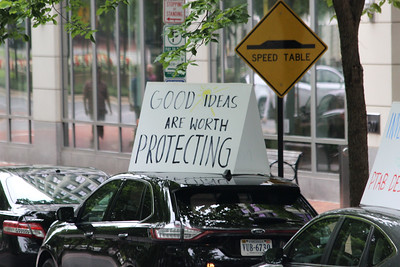 Ever since we stopped the recent legislation that would have been fatal to inventors’ rights, I’ve been hinting that we would be going on the offensive. You see, while the recent legislation would have been fatal, there have already been changes in the last decade that have us in critical condition. If you haven’t had to use the law to stop someone from stealing your intellectual property, you may not realize this.

For instance, in the past, if you took an infringer to court and won, you could stop the thief from continuing to produce your invention, which is called getting an injunction. Now, it is very hard, and often impossible to get an injunction, because a judge ruled that the “public good” is served by the thief of your invention continuing to produce it! Hard to believe, but true. So, now you are forced into a licensing agreement by a judge, whether or not you want to and at a rate that you cannot negotiate. And this is after you likely spent everything you had to win the case. Does this sound fair? Why would a company license your invention if they can steal it, and even if you beat them in court, they can keep producing it? Outrageous, right?

There’s a lot more, like the Patent Trial and Appeals Board (PTAB), created by the America Invents Act, which passed in 2011. This is the administrative court that is used by infringers to invalidate patents they are infringing, and they are doing it to about 95% of the patents that get to the PTAB. This is what former Chief Justice Randall Rader called “death panels for patent rights.” We are going to fight to stop this injustice as well.

The first step is a petition that every single inventor, innovator, and person who cares about America needs to sign (see here). You probably remember Paul Morinville – he’s the inventor that I went to Washington DC with so many times in 2014 and 2015. Paul formed USInventor.org, a non-profit, and I am a Managing Board Member. USInventor.org has been fighting for us and we have big things planned for the upcoming months.

Please sign the petition (see here) and forward this to everybody you know who cares about invention, innovation, and the future of this great nation.

If we pull together like before, we can take back what the Founders of this great nation intended. This will be huge! The first step is the petition. Please sign it and forward it. Thank you.

Read and Sign Our Petition to Preserve Inventor Rights